Buyers might not have spent huge money, but the 14th annual Redcliffe Yearling Sale has been described as the best ever presented at ‘The Triangle’.

The ‘no reserve’-70-lot sale, which attracted a large number of on-course and on-line bidders has pleased both auctioneer Darren Ebert and Redcliffe Harness Racing Club president, Bernie Ring.

“There was some good spirited bidding both on-course and via the internet. The Qbred for Life scheme also attracted a lot of buyers. The online bidding with a video added a nice addition to our Sale.

“Big thanks must go to Darren Ebert and Co, Chris Norris from Elite Livestock, and Garrards for their sponsorship and promotion of the Sale,” Ring said.

Queensland breeder and owner, Ross Patrick presented and then bought back for Lot 57 for $24,000.

The next highest sale came via the last horse in the Sales Catalogue – Lot 73, a Rock N Roll Heaven – Summer Of Gold (Blissful Hall) colt who was also bought back by Greg Edwards for $23,000.

One buyer who was delighted with his purchase was Gleneagle (near Beaudesert) horseman, Graeme Harris.

“I liked the look of her and knew that she was from a nice New Zealand family. I actually made a couple of $9,500 bids but missed out.

“I’ve just had this one gelded this morning (Tuesday) and am going to try and get him up and racing as a 2-year-old,” Harris said.

“I’ve always enjoyed the Redcliffe Sales. You always get value for money,” he added.

The best horse Harris has trained – Gleneagle Warrior, was a $3,500 purchase from the Redcliffe Sale.

“I love the Redcliffe Sale because they present horses that we can afford, and then when they race there’s plenty of bonus incentives and nice stakes to be had,” Harris said.

Ebert was rapt with the Sale saying it was the best he had been involved in since he ran is first Sale at ‘The Paceway’ 14 years ago.

“We are very happy. With prize-money on the increase, Qbred has pushed the price up. The average price of over $10,000 was especially pleasing.

“It was just the second time the Sale was available to the world online. We had a few teething problems with the onset of Covid19 in 2020 and this year it was great to have patrons back looking at our yearlings in the flesh,” Ebert said.

“The quality of the Sale just keeps improving each year with the stronger bloodlines that are available. There were 29 different established sires including Art Major, Rock N Roll Heaven, Sportswriter, Sweet Lou, Hurrikane Kingcole, Changeover, For A Reason, Roll With Joe, A Rocknroll Dance, Mr. Cammibest and Gotta Go Cullect.

“Emerging young sires like Betting Line, Hes Watching, Follow The Stars and Bling It On also had their progeny up for grabs,” Ebert said.

He said in recent times Manila Playboy had been his company’s most successful Sale. Tweed Heads horseman, Shane Fraser paid $8,000 (buy-back) for Manilla Playboy at the 2019 Sale. That 2017 Pet Rock gelding has gone on to win four of his 10 starts and place in two others for $89,462.

His biggest win came via the Group One $100,000 Redcliffe Yearling Sales 2yo Final at ‘The Triangle’ on June 27 last year.

He correctly predicted in a story last week that Lot 57 would go close to being the Sales topper.

“Dollar for dollar there’s not better Sale for buyers, and we were also the last cab off the rank. We are delighted with what happened on Sunday,” Ring stressed.

“Buyers are also eligible to have their horses nail the Redcliffe Yearling Sale Ladbrokes Super Bonus of $250,000.

“To be eligible two-year-olds must win the 2yo Breeders Final, the 2yo Triad Final, and Redcliffe’s premier juvenile event – the $100,000 Yearling Sales Final,” Ring said.

Full results from the 14th annual Redcliffe Yearling Sale can be viewed here:

Is this the best Redcliffe Yearling Sale yet? 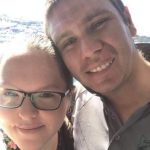