“We are delighted to have Government, Botra, Racing Queensland and local 0officials here on opening night. A new surface was also laid on the track for tonight’s meeting.

“We are a progressive club and I think everyone that came last night appreciates that. This was all funded through the Luke Howarth Government (Federal Member for Petrie), and for that we are extremely grateful,” Ring said.

“We used local builders and local businesses, which make the upgrade even more satisfying,” he added.

The dignitaries can be seen in the stabling complex mid-way through last night’s nine-race card. They are from left to right: Adam Wallish, the Chief Operating Officer at Racing Queensland; David Brick, the Harness Development Strategy Manager at Racing Queensland; Brendan Parnell, the CEO at Racing Queensland; Darren Garrard, the BOTRA Chairman; Margaret Reynolds, Harness Board rep; Bernie Ring, the president of the Redcliffe Harness Racing Club, Reg Vidler, treasurer of the RHRC; Kerri- Anne Dooley, the LNP Candidate for the State seat of Redcliffe. Opposition Racing Minister, John-Paul Langbroek was also in attendance.

The latest developments come a year after Redcliffe Paceway’s unique 800-metre track with the three bends, underwent a $300,000 refurbishment. It was the first time the track has been resurfaced in 10 years. The last time it was done it wasn’t completed due to the running out of material.

“The old surface was clay, and it had a tendency to move. We now have the same crusher dust as Albion Park and we know the times that have been produced on the track.

Redcliffe Paceway is situated in South-East Queensland, It has been the home of harness racing on the Redcliffe Peninsula since 1956. 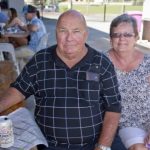 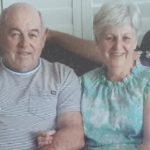