The Rocknroll Hanover gelding had to be good to win after sitting in the death seat for much of the 1,660m mobile. The 7-year-old then out-toughed his nine opponents winning by 1.8m.

It was his seventh win in 57 starts for Gee, who also owns the Vivienne Clarke bred bay.

That was his first win in two starts this season. 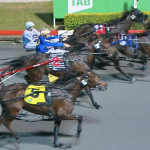 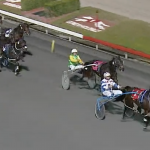