They led, trailed, and then led again down the back straight the final time when the pace-maker drifted out.

The 6-year-old Courage Under Fire mare has now won 18 of her 59 starts, including five from 18 this season.

Her bank balance rests at just under $130,000. It was his third local run and the first time he had drawn the one marble. 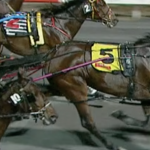 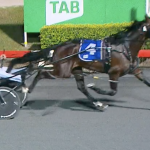